Like the app for iOS the Android-Version now supports retrieving and displaying account statements, as well as showing accompanying tickets.

Another new feature is the multi-bank capability. Furthermore, in the overview of distributed signatures multiple payments can be signed or cancelled at a time.

The current version is free for users of the programs BL Banking and BL Banking EDS and can be obtained via Google Play. The app is available in German and English. 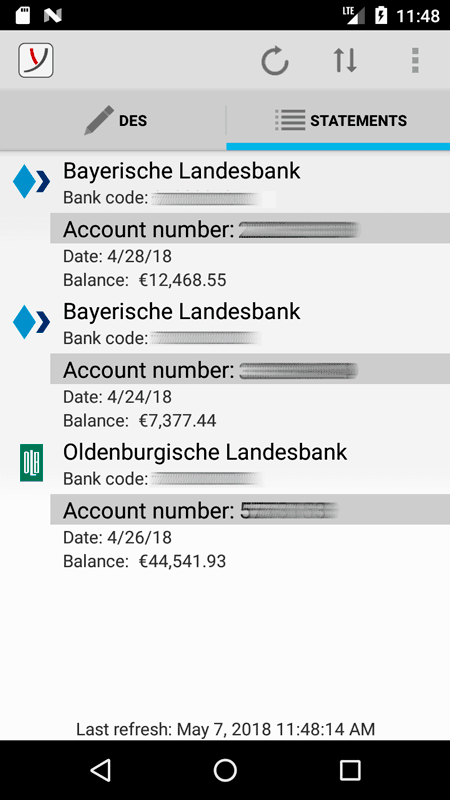